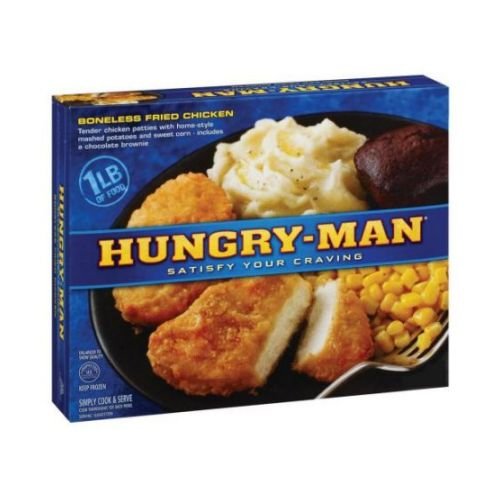 I love to try frozen dinners and the Hungry Man line of dinners grow more interesting every month. I recently spotted Hungry Man Boneless Fried Chicken Dinner in the frozen dinner section of my local grocery store. This chicken dinner looked promising and very hearty! I decided to purchase and try it. Here is what I discovered!

I liked the wording on the front of Hungry Man Boneless Fried Chicken Dinner. It said "simply cook and serve" so, that was certainly appealing. The great picture of the dinner looked delicious. It showed two large boneless country fried chicken pieces, corn, mashed potatoes and a chocolate brownie. This is a tasty menu and I was looking forward to trying this meal. The front of the box also states that this meal has one pound of food in it. That is pretty impressive. This meal has a seal on it certifying that it has been inspected by the U. S. Department of Agriculture. I always like to see that on a food product.

I decided to prepare this meal in the microwave. It takes about seven to eight minutes to prepare it that way and you have to follow the very detailed cooking instructions very carefully. I ran into a problem with the brownie. The directions stated to remove the brownie to finish cooking the chicken dinner. When I did so, I found out that there was a tiny brownie, if you can call it that, and a lot of fudge sauce. Still, I removed and continued cooking the dinner.

Everything cooked well and smelled great! I was more than pleased with this dinner, overall. The corn and mashed potatoes were great and the chicken was delicious. It had a wonderful flavor and for a frozen dinner, it was great. The brownie was so tiny, I was disappointed with that fact. Still, it was also very good and had delicious chocolate frosting on it, even if the chocolate frosting was runny and too much in quantity for the small size of the brownie. Overall, this dinner was hearty filling and tasty.

You can also prepare this meal in the oven. You will need to place it on a baking sheet, cook in a preheated 350 degree oven for around forty minutes. The nutrition facts on this dinner were surprising to me. It has eight hundred and sixty calories in it with four hundred of those calories coming from fat. This dinner has forty-four grams of total fat but, only nine grams of saturated fat. It contains one hundred and ten mgs of cholesterol, thirteen hundred mgs of sodium, eighty-six grams of total carbs, six grams of dietary fiber, twenty-six grams of sugars and thirty-two grams of protein.

I rate Hungry Man Boneless Fried Chicken Dinner four stars out of five stars. It is a tasty and quick meal to fix. It is filling dinner and a fair to average bargain. It costs around three dollars, depending on what store you buy this dinner at. I will be purchasing this product again. 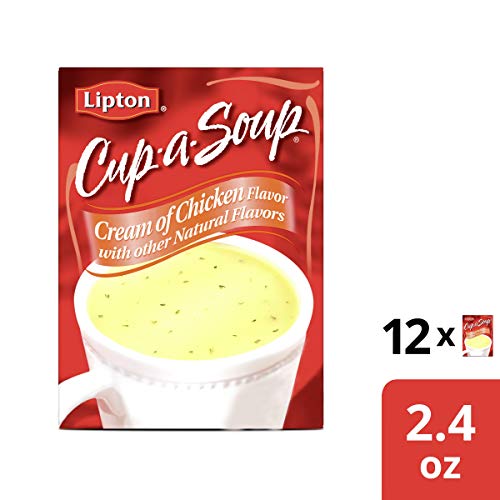 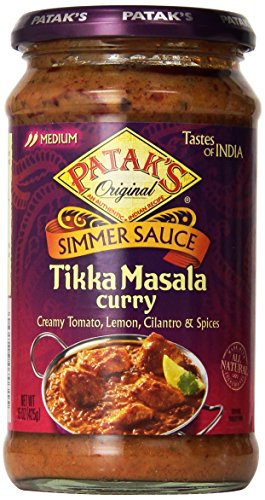 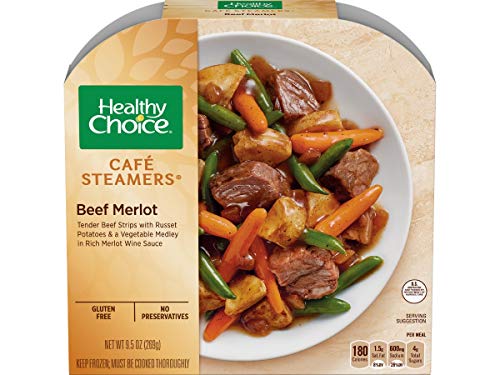